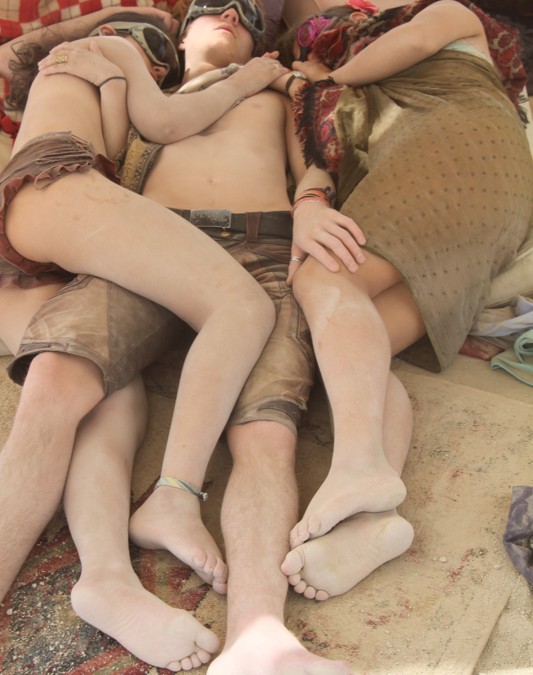 In the middle of the Playa in the Black Rock Desert, it was 7 am when I saw these three guys obviously starting their night, after a long evening….they looked like marble statues 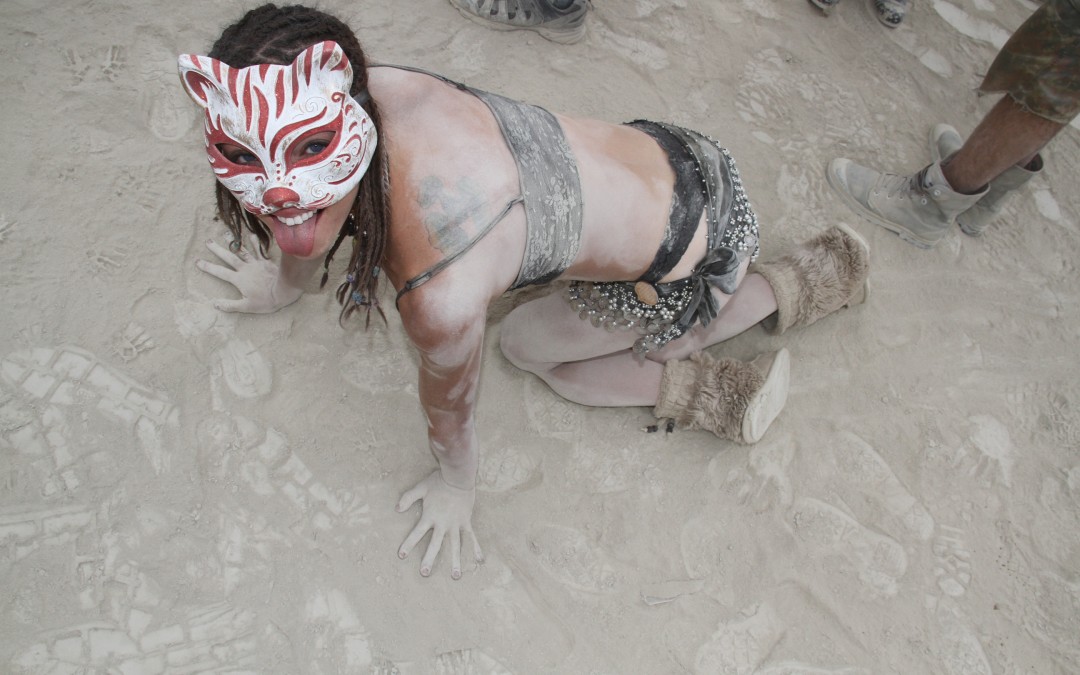 After are long day cycling on the Playa in the Black Rock Desert , we ended at the end of the day dancing with hundreds of burners in the dust, drinking free orange juice with an energy drink. It was hot, we were tired, when we suddenly saw that beautiful little cat walking around the dancers. I have never liked cats, but this one was so pretty. Living animals are forbidden at Burning Man, as per regulation. 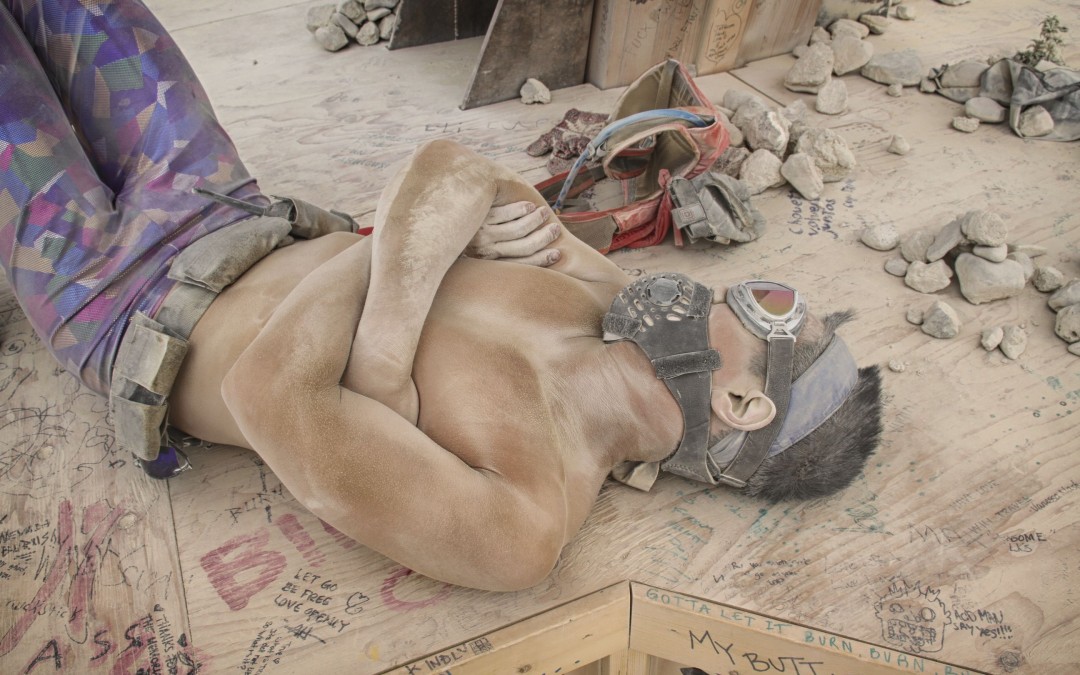 After a long night, before a long day; he was sleeping at the foot of the Burning Man wooden structure. 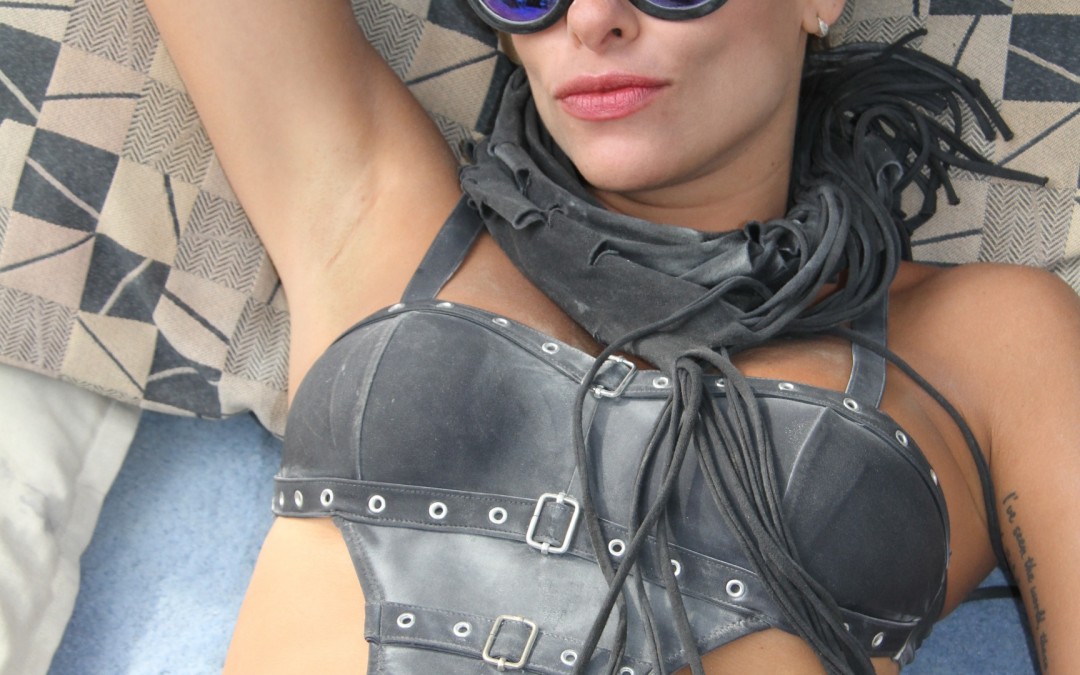 While the Black Rock City Rangers were starting their day, I saw that beautifully policewoman lying on the sofas, drinking her fresh coffee. It was 6.30am, she was just relaxing after her long night. 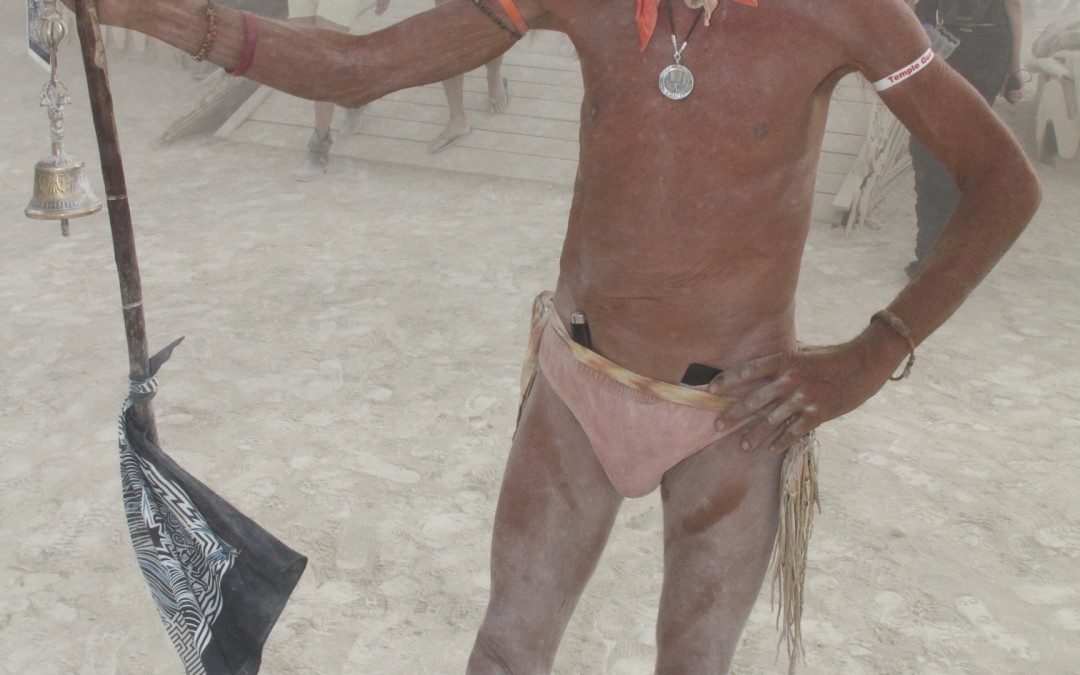 He was proud to explain his role as a Temple guard. People liked to take a picture with the old man.