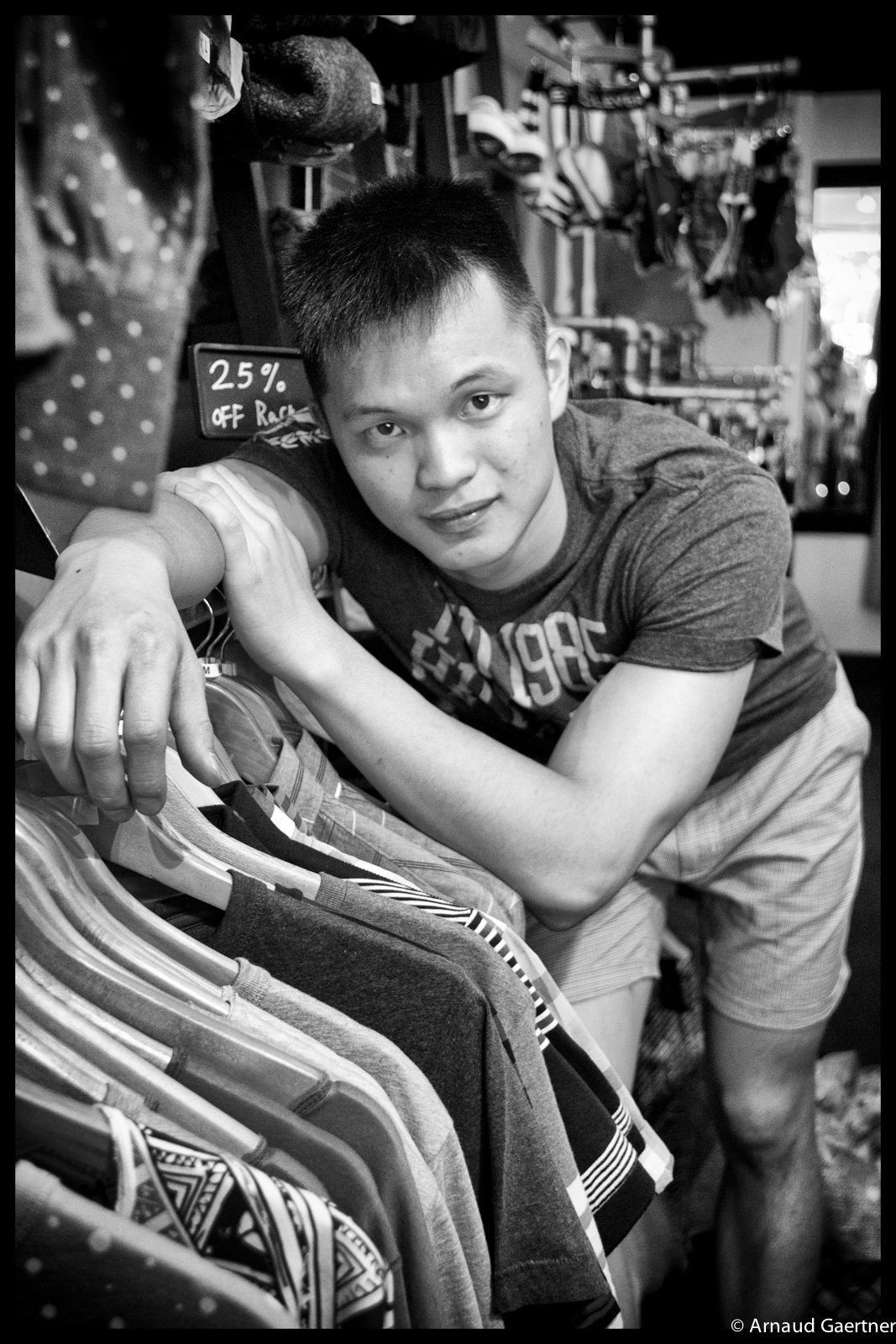 “When I entered the military in Taiwan, I was ready to “get married” for four years, but after several months, I new it would be for me like getting married..to suffering my whole life.I left the army, studied finance and economics, and I moved to SF to become a businessman, to built my abilities, be my own boss. I moved to the Castro, the more open minded place in the city, here there is a high acceptance, diversity, people don’t juge you, you can be who you are.”

Do you know why you are gay?

“Do you know why you are straight ? Do you prefer eggs or chicken? The beauty of living in America is that people have the right to be who they want to be; for example my first boyfriend was from France, her Mom was half black half white, her Dad was Brazilian…that’s the most appealing thing about the U.S.A, the respect of differences!”