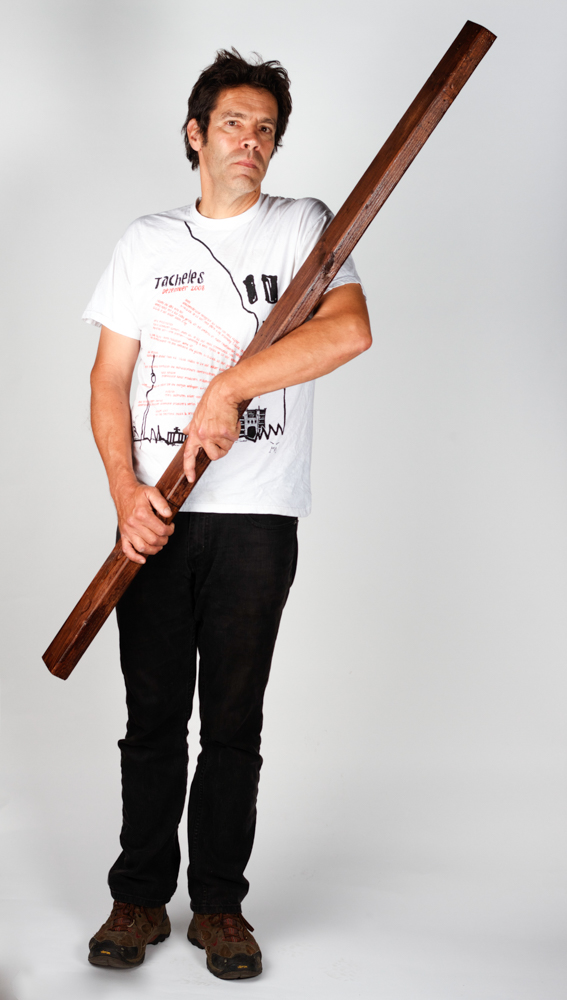 “I took that wooden beam to make it look like redwood. I love wood, it reminds me of my Dad, he had a building company in Davenport Iowa, and I was helping him; One day I saw my Dad furious as his employees just announced him they were leaving the company to go to Costa Rica. I asked these guys why, and they told me they were going there to build a school in a village, and do surfing in the afternoon. That was for me a revelation, that building could also be for the benefit of others, making others happy. I decided I wanted to be a builder as well,  but an artist builder.”

Kal is a famous artist worldwide, based in  San Francisco. His art is shown at the Jules Maeght Gallery , as part of the “Art in Motion” exhibit.