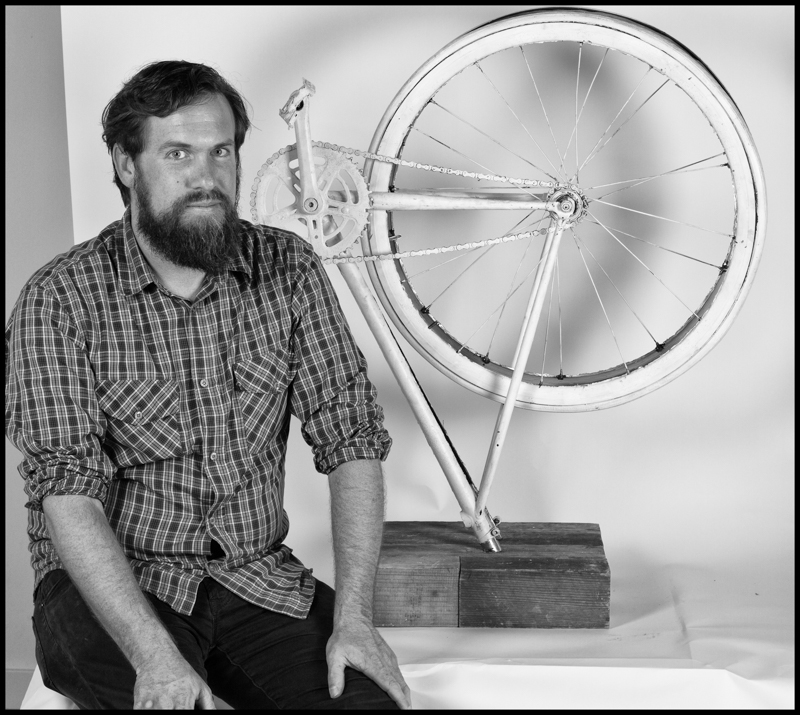 “My aspirations were to be a writer, but I soon found myself drawn to making sculpture and paintings, which I have done from an early age. I was influenced by travelling in Europe as a child, from seeing great cathedrals and museums, to the festivals in the small German town I lived in. Because my father was in the military, we visited many of the military sites such as the Maginot line and the ossuary of the Verdun memorial, which remains one of my most durable memories from that time. There’s nothing else like it in America, to see a monument that shows the insanity of war so clearly.

Is there a link between what you saw at Verdun France and your creations? “I often credit these experiences as the origins of my interest in mortality, which sometimes makes its appearance in my artwork. Art to me has a power to bring us truly alive, completely alive, and because of this, offers a clear location to consider the possibility of death. The memento mori tradition in art is long: to remind us that we aren’t going to live forever and should make the most of the time we have. History is a death of the shaping moments of our times, and too often, these moments become buried and we no longer look at them. I prefer to seek out the forgotten and ignored, bringing them back into awareness so that we have greater perspective on our own lives.

Marshall is a young artist of the San Francisco Bay Area. I liked his vision of a link between mortality and arts; Marshall’s  creations will be presented at the Jules Maeght Gallery in SF, along with others artists like Pol Bury, Alexander Calder, Kal Spelletich, Tracey Snelling, but also Joan Miro, Kristie Macleod, Clovis Prevost, Herbert Snelling, Vassily Kandinsky…his peers….